What is .NET Core?

.NET Core is an open source, latest software development Framework by Microsoft which is used to create multiple types of applications. .NET Core is completely independent of the .NET framework and is written from scratch having different characteristics and different features. It can be used with almost all operating systems including Windows, MacOS, and Linux. In .NET Core, you can do all the steps which are required in the development with the help of CLI (Command Line Interface).

You can test whether .NET Core 3.0 was successfully installed on your computer or not by using any command line tool such as Command prompt, Terminal, PowerShell etc. which is available on your system. 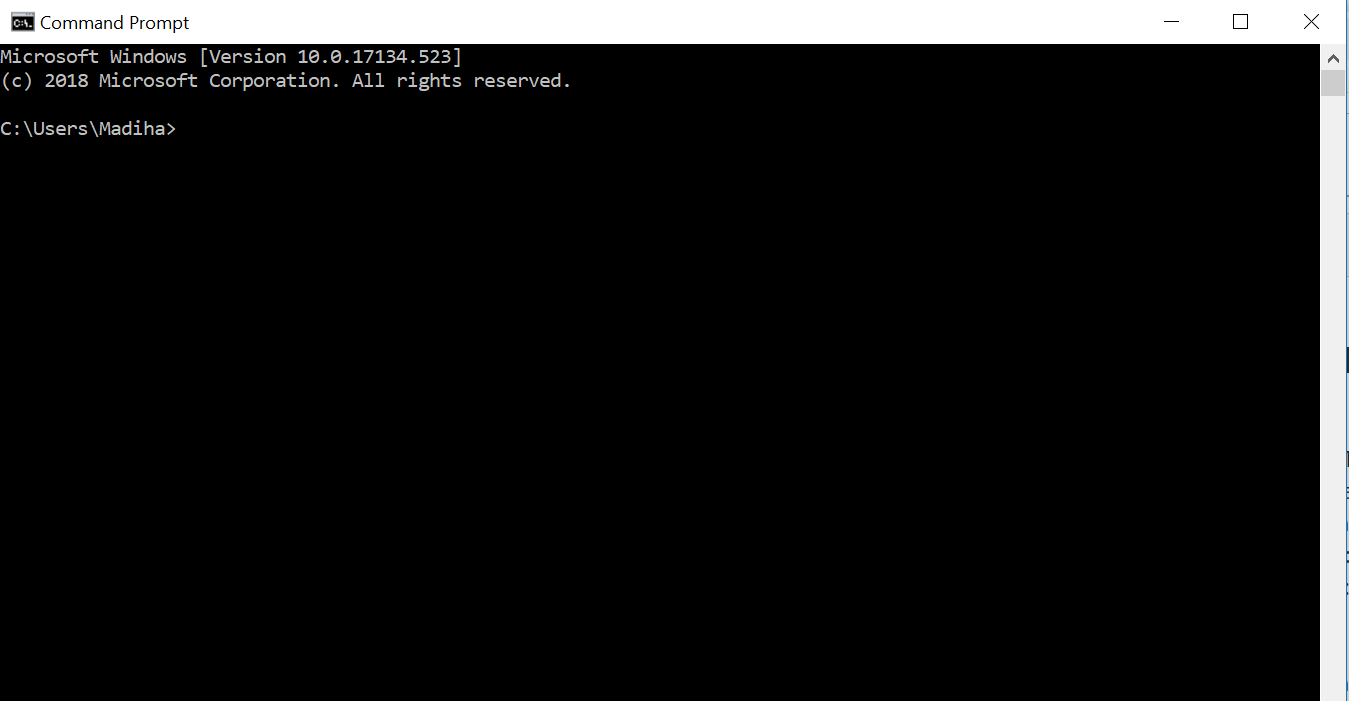 You just have to type “dotnet” next to c: \users\yourname> and press Enter. If the SDK was successfully installed, it will display some information about it, as shown below:

Now if we need to check what version is installed on our system, then type “dotnet –version” and press Enter. You can see the latest version of dotnet installed on your computer. 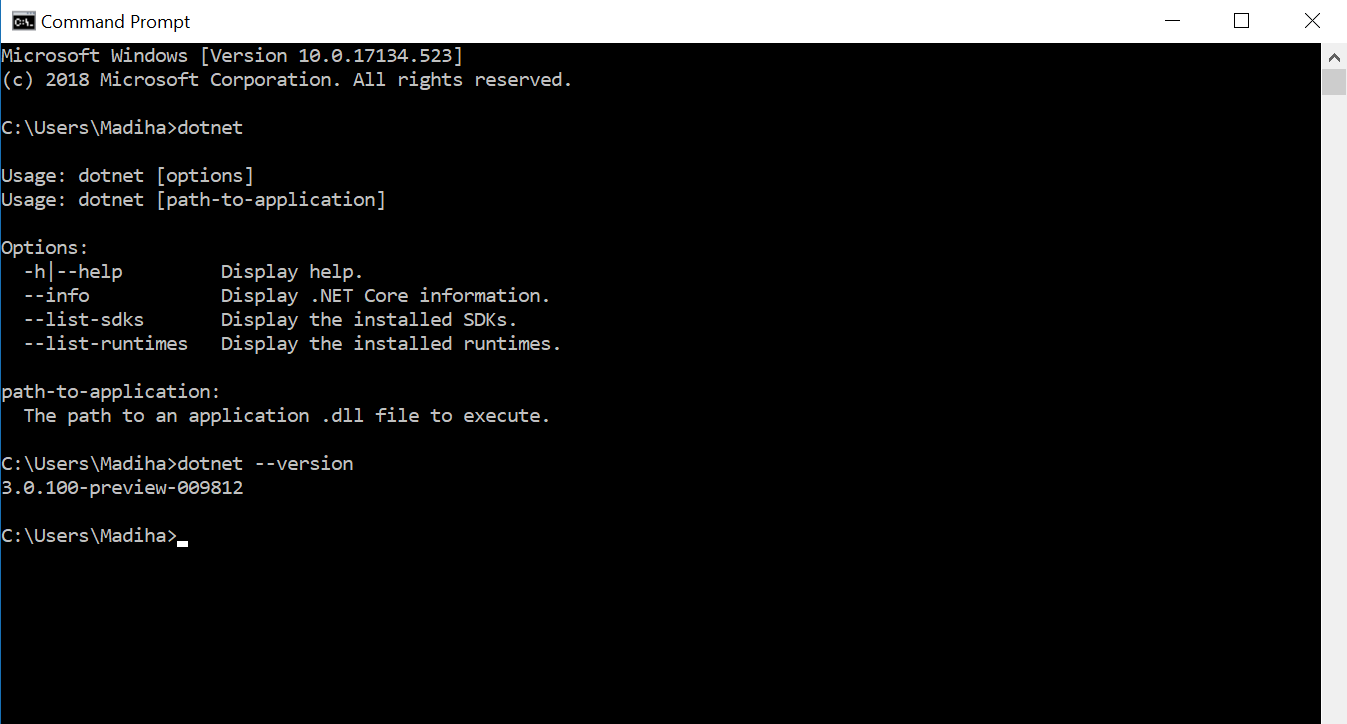 Now to check where .NET Core 3.0 is installed on your system, type “where dotnet”. It will tell you the name of drive and folder where it is installed. 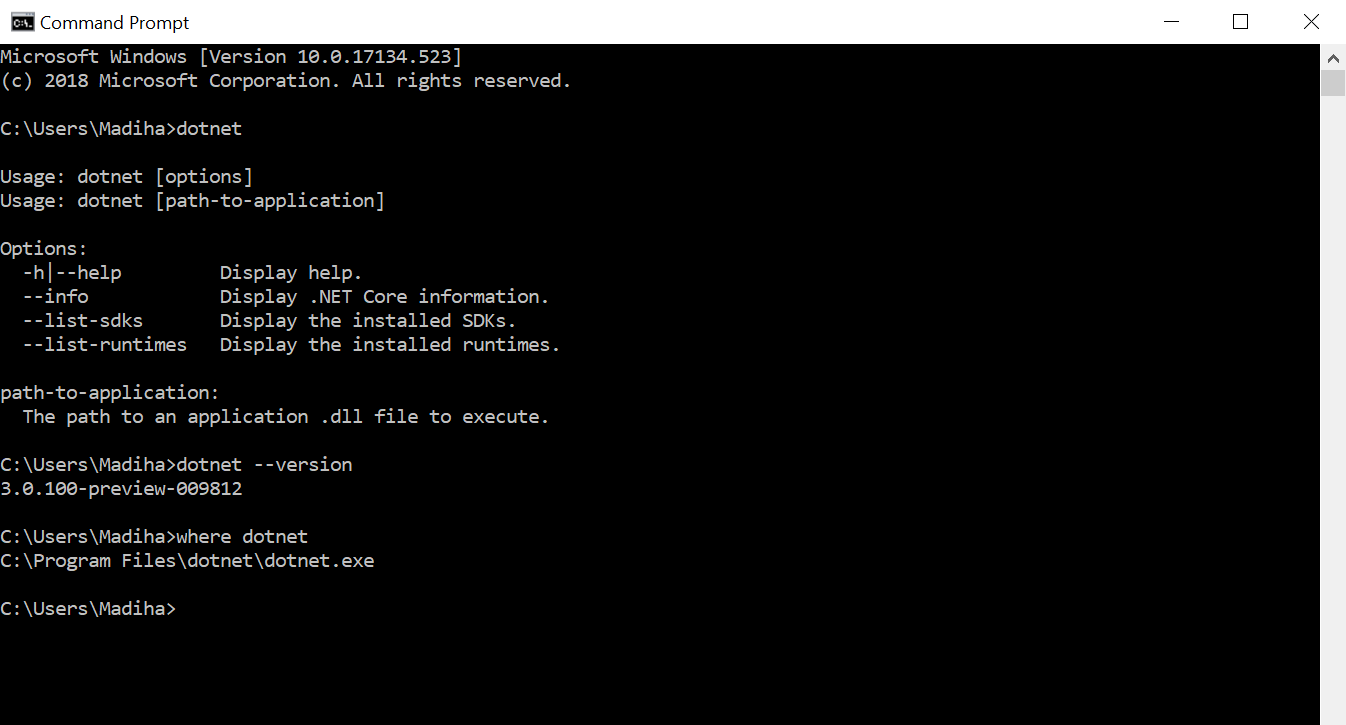 If all your information has displayed correctly, it means you are ready for the development of .NET core 3.0 applications.

We need an editor to write some code. We can use almost any editor for .NET Core 3.0 application development such as Visual Studio, Visual Studio Code, Bracket, Sublime, Vim etc. I have downloaded Visual Studio using the link below:
https://www.visualstudio.com/downloads/
Download and install the IDE that you like most and start coding in ASP.NET Core 3.0.