Desktop Applications were among the first forms of computer software in their early days. Most of the software at that time were developed to function on a client machine. In the early 90′, the web was born and took the world by a storm. However, desktop applications still have a large portion of the development industry, where they can be found nearly in every computer, whether in personal computers or computers that control a city’s utilities, such as electric or water grids.

What is a WinForms Applications?

The term WinForm is a shortened term of Windows Application; a desktop application that runs on Windows Operation System. in this tutorial, we will focus on the most used controls and their important event that developed may need while working on desktop applications.

To get started, let’s started with the environment setup.

Set up the Environment for Windows Applications Development.

In this tutorial, I’m going to use Visual Studio Community edition, which can be obtained from the Microsoft website:

You can skip the below and move to the next chapter if you already know how to create a windows application.

Now let’s create a new WinForm Application by going to the ‘File’ menu, ‘New’, then click on the ‘Project’ menu item.

From the next screen, select the Windows Form App under C#, then click ok 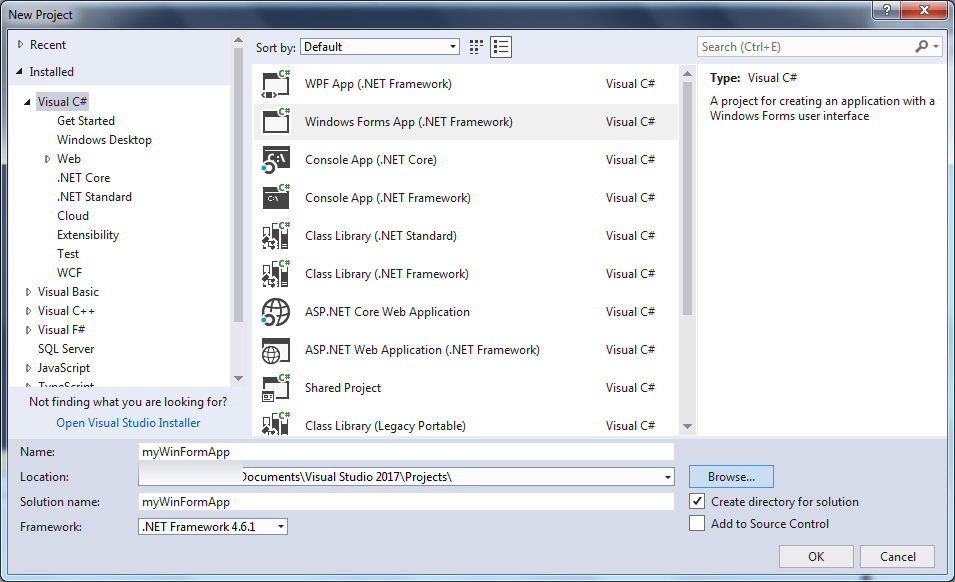 Now you have created a new WinForms project, a default form is created as well as shown below:

Let’s changed the name of the form to frmMain. to change the name. Right-click on the form body, then properties. The F4 button is a shortcut of the properties windows as well: 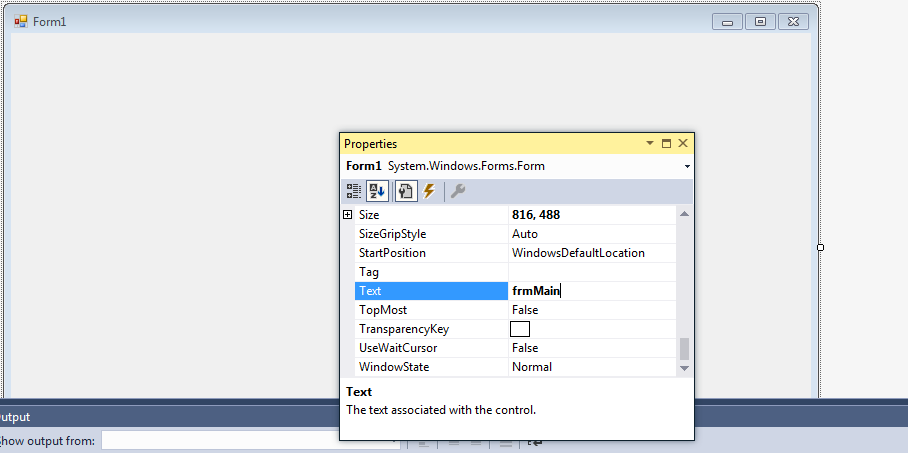 Picture 4. Rename the Form to frmMain

located in the main menu, or by simply clicking on the F5 key from your keyboard.

In this lesson, you have learned how to create and run your first WinForms application. Now let’s move to the next lesson, which will cover the Label control and its most used events.